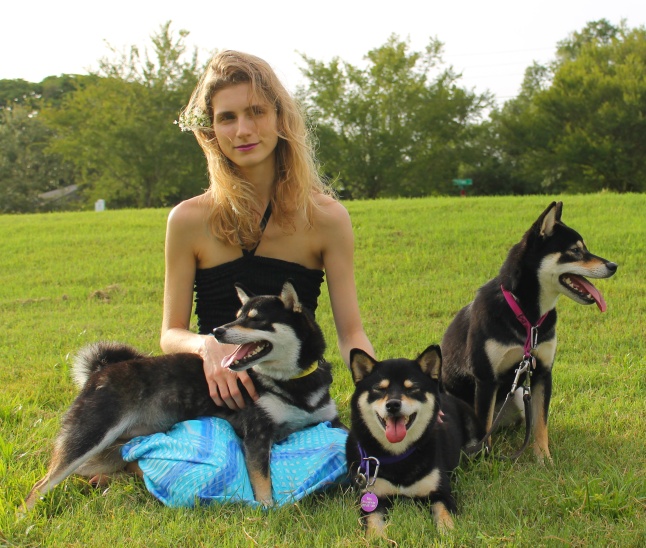 My name is Alexis Amerosa, I started showing dogs in 2010 guided by Celeste Robinette of Sunshine Samoyeds. I originally started showing Japanese bantam hens in high school for FFA at my local fairs, which is how I caught the show bug. I became interested in showing dogs in addition to my chickens but was unable to find anyone to mentor me until I ran into Celeste at 17 years old.

Celeste showed me the ropes of handling, grooming and whelping – for which I’ll forever be thankful for. I wanted a Shiba Inu as my first dog but things did not fall into place, so I received a Samoyed puppy from Celeste whom I named Chi. Chi and I had some success – the most notable thing accomplished was Winners Bitch as a regional specialty! It was her first major and the first points I’ve won!
After six years of wanting a Shiba I finally got what I longed for – a black and tan Shiba bitch! It was love at first sight as her breeder Leslie Anderson sent me post whelp photos. (Of course I didn’t know if I was going to get her but I was just hoping that I would!)
I’m freshly started in my Shiba Inu journey – with the Leslie Anderson being my guide and mentor of all things Shiba.

I’ve met several lovely people in the Shiba breed giving me the opportunity to participate in some amazing experiences. I was able to go to the NIPPO Grand National in Hiroshima in 2015 thanks to Yumi Hagiwara. I was able to meet a couple of breeders and their dogs as well as talk to a highly respected NIPPO judge. I was also able to not only attend the NIPPO Grand National in 2016 but also participated in showing a young bitch named Beni owned by Yoshito Wantanabe. We placed 8th in the class and received a Yuuryou (an excellent rating)! I can never thank Yoshito enough for his kindness and this great honor! 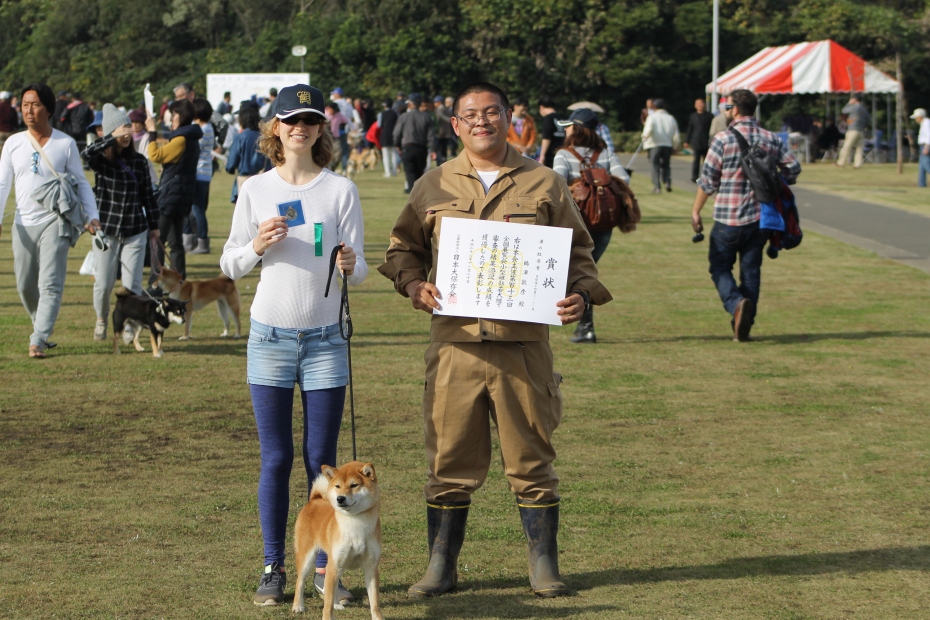 I’m also very involved with purebred dog education – I volunteer for meet the breed booths and have done dog bite prevention presentations at my job (a local private school.) I feel the best way to educate is to make people fall in love with what you’re trying to teach. My dogs love the attention and I love to talk about one of my favorite subjects – dogs!

Some of the social media posts we got featured it in!

My kennel name comes from a song by my favorite band Shinedown, they wrote the song for the movie Expendables which was based off a poem. It just has an awesome ring to it!